The Awesome Literary Society, formerly known as Our Book Club, is for grades 4-8.

Featuring imaginative novels from our middle-grade section, Our Book Club offers fun discussion, activities, games, movies and snacks for kids in grades 4-8. We read one book each month, meeting each Thursday from 5–6pm for fun activities and discussion about the book of the month. We usually end each month with the meeting on the last Thursday lasting a little longer, 5–6:30pm, by watching a movie with theatre style popcorn or a game night. We cover lots of details about the books, including fun facts about the authors and genres. The best part is that at the end of the year we will have read 12 books!

This book club is currently led by Children’s Assistant Sabrina Glidden; sign up is in the Children’s area.

October – Scary Stories to Tell in the Dark, collected by Alvin Schwartz, illustrated by Brett Helquist

May – Warriors: Into the Wild, Erin Hunter

February – Because of Winn-Dixie, Kate DiCamillo

This month we will have a Winn-Dixie/Valentine’s Day Party 5-6pm, February 14th. Feel free to bring a friend! Each week, we will have crafts, games, and discussion. February 28th will be MOVIE Night 5-6:30pm.

September – Fantastic Beasts and Where to Find Them, J.K. Rowling and Newt Scamander

May – Gustav Gloom and the People Taker, Adam-Troy Castro; Ill. by Kristen Margiotta

April – The Girl Who Drank the Moon, Kelly Barnhill

February – Brendan Buckley’s Universe and Everything In It, Sundee T. Frazier

· January: Inside Out & Back Again by Thanhha Lai

· February: The City of Ember by Jeanne DuPrau (including film)

· April: Island of the Blue Dolphins by Scott O’Dell

· May: The Invention of Hugo Cabret by Brian Selznick

· June: The Templeton Twins Have an Idea by Ellis Weiner

· July: The Incorrigible Children of Ashton Place: A Mysterious Howling by Maryrose Wood

· August: The Outsiders by S.E. Hinton (including film)

· September: The Bad Beginning: A Series of Unfortunate Events by Lemony Snicket

· October: The Pepins and Their Problems by Polly Horvath

· December: The Best Christmas Pageant Ever by Barbara Robinson

The library closes if there is a travel advisory issued for Blackford County.

Board meetings take place in the Becky Musser Meeting Room at the library unless stated otherwise.

Regular Library Board Meetings are open to the public. 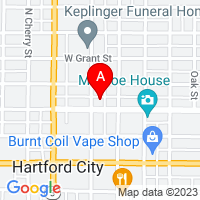 Closed Sundays and Holidays
The library regularly closes at 3 PM on the first Friday of every month for training and meetings.